Illicit antiquities are a major resource for traffickers, ranking among other highly trafficked commodities such as narcotics. In fact, smugglers are known to transport antiquities with other illicit goods including human trafficking. Source countries supply market countries with large quantities of illegal commodities including humans, narcotics, arms, and antiquities.  Antiquities smuggling can increase corruption in countries, as it trafficking netowrks can  include police, prosecutors, and museums. There are even links to insurgent and other armed groups, though their level of involvement in the antiquities trade is likely a smaller scale than traditional smugglers.

Interviews with smugglers along the Syrian and Lebanese border regarding the role of antiquities in the conflict provide detailed information. According to the smugglers, looting is propagated by “opportunists,” or any individuals seeking extra money. The majority of looters are subsistence diggers, “trying to take advantage of the conflict to earn a few extra dollars, whether to buy bread or weapons.” However, smugglers claim both the Free Syrian Army and Bashar Al-Assad’s regime are selling looted antiquities to raise money. Antiquities and arms are a only portion of the smugglers’ trade, as they transport a wide range of illicit materials including cigarettes and stolen goods. Weapons are the general currency along the border. Syrians request weapons in exchange for antiquities, while the smugglers receive weapons instead of money from intermediaries in Beirut. Smugglers report that the Free Syrian Army has created a looting team to fund their movement, which a spokesman denies with the caveat, “Sure, there are people who loot, but they work alone. If that is how they buy weapons to fight, we can’t control them. It’s revolution, we are not organized, and no one is supporting us.” However, to imply that antiquities fund violence instead of viewing their exploitation as a product of economic and political turmoil is placing the cart before the horse.

The same appears true with the Taliban in Afghanistan. Former Taliban foreign minister Waheed Mojda stated that “The international community and the Americans have been deceiving themselves for the past seven years, saying the Taliban has been getting all of their money from drugs.” Hezb-i-Islami and the Haqqani network are hardly the only smuggling groups in Taliban controlled territory and the development of a high profit crime-driven economy has resulted in “a wide spectrum of illegitimate economic activity, including . . . smuggling of antiquities and other contraband. . . The main beneficiaries of these activities are the warlords, spoiler groups and an emerging narco-mafia.” The many criminal groups exploiting this gray economy not only benefit the Taliban through tax revenue, but also supply them with weapons on the return route allowing the Taliban to prolong the conflict.

Since the Iraq invasion, a number of individuals have claimed antiquities are funding either insurgency or terrorism. Iraqi ambassador Hussain Mahmood Fadhlalla al-Khateeb stated that antiquities trafficking is funding terrorists and Iraqi museum director Donny George claimed that illicit antiquities are funding insurgent groups. The United States Marine Corps states that there is a “strong case” that illicit artifacts are funding weapons. United States Colonel Matthew Bogdanos says, “There is no doubt that international trade in illegal Iraqi art and antiquities is funding the insurgency” and funding arms purchases. Bogdanos describes a raid that captured a terrorist bunker containing weapons, ammunition stockpiles, and illicit antiquities.

The illicit antiquities trade affect not only local cultures and economies, but enables growth of criminal groups throughout the world in source and transit countries. While antiquities may appear harmless when cleaned and put on display in market country galleries or on internet auctions, the capital exchanged for these artifacts that flow through the network affects people many internationally. 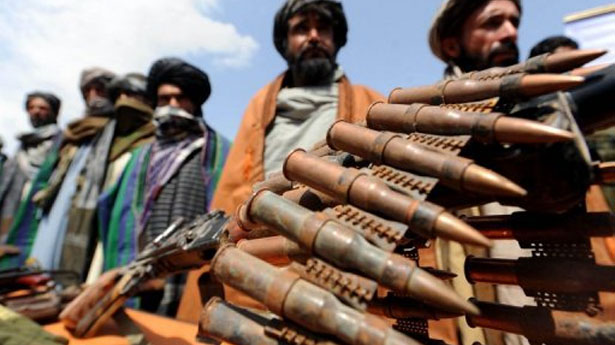