Researchers have debated the character and proportion of crime within the illicit antiquities trade and few topics have such contrasting views as organized crime. Blythe Bowman Proulx argues that organized crime involvement is limited and claims of organized crime are in fact the product of definitional issues. Andrew McCalister argues for large-scale organized crime participation in both looting and smuggling. Noah Charney states that art crime has developed into a significant business for organized crime. Simon MacKenzie supports the notion that organized crime, in the traditional definition, is limited. How are such different views possible while at the same time presenting accurate evidence and plausible conclusions? 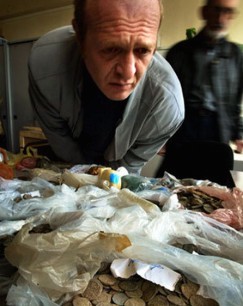 Sources reveal the issue. Proulx uses sources from the first stage from the perspective of archaeologists. McCalister draws on sources from the first and second stages. MacKenzie’s research is based on gallery and museum sources, the third and fourth stages. MacKenzie notes this source issue, stating that dealers are least likely to know about or discuss organized crime involvement and this could affect his interpretation. Within this field of study, primary source interviews are available from looters, late stage intermediaries, and collectors; however, sources on early stage intermediaries remain elusive. Due to the nature of black market crime, sources on the third and fourth stage will always be more readily available than those about the second stage. The second stage has the most variable population in terms of skills and, therefore, has connections to other forms of crime. As a multibillion dollar industry with less risk than narcotics or arms, antiquities draw diverse profit-seeking participants, including established crime groups. Researchers seeking connections between antiquities and narcotics, arms, human trafficking, and other illicit commodities should focus on the second stage. Likewise, corruption is almost solely found in this stage, including public officials, police, ambassadors, and customs agents. Violent crime, generally rare, is likewise primarily relegated to this stage when it does occur.

“Organized crime” is a problematic term whose meaning continues to be debated without resolution, including in the context of the antiquities trade. Suffice it to say,when crime groups ranging from the Haqqani network to the mafia are involved in the trade, it is almost entirely found in the second stage. It is important to distinguish between organized crime members participating individually in a network and organizational participation. Crime begets crime and criminals can have multiple affiliations. For example, mafia member Vincenzo Cammarata acted as an intermediary for the Achyris phiale, but there is no evidence that this was a mafia endeavor. However, organized crime does participate in the trade as an organization. Vaman Narayan Ghiya built a “smuggling cartel” in South Asia that operated for 30 years, transporting antiquities that ended in sales at auction houses like Sotheby’s and Christie’s. Dealer Bruce McNall states that the Turkish mafia moves antiquities from looters to the legitimate market. In Armenia, the mafia smuggles humans and antiquities. Smugglers along the Syrian and Lebanese border are trafficking antiquities in exchange for arms. The largest organized crime group involved in the antiquities trade is the Russian mob, which has stolen antiquities  from churches, synagogues, museums, and collectors in Russia, Germany, and Eastern European countries, after which they are smuggled to “front” stores operated by partners in the Moscow and laundered onto the licit market. 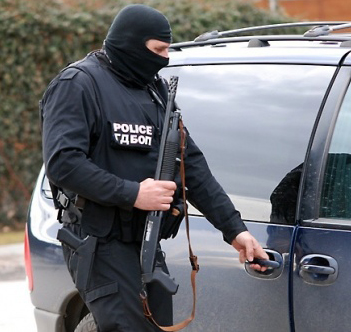