Though “social phenomena are often too complex for social science to emulate the [predictive ability of the] natural sciences,” criminologists have identified a methodology for anticipating network crime. Since networks lack a central authority to cut off at the head, they can be combated by removing locations where criminals interact, hence cutting them off at the feet. Physical locations where criminal interaction and exchange occurs are called “convergence settings.”On the surface this approach seems simplistic, but removing convergence settings has a significant impact since “crime prevented is largely crime depleted” and some criminologists suggest that this approach has more long-term effect than targeting individuals. It is important to remember that participants in criminal networks typically exploit opportunities rather than create opportunities. Preventing participants from interacting with others in networks removes opportunity and extends risk. Anticipation offers nuanced and intellectual solutions for both source and market countries.

If the entire network is viewed as a criminal market, then targeting the convergence settings used by participants at each stage can have an immediate impact on combating the trade. All trade, licit and illicit, is a social activity requiring a physical location and communication. International networks, though they stretch globally, are composed of a series of individual relationships that occur in local physical settings. Since crimes of theft, smuggling, and laundering are necessary for each artifact within the network, preventing one crime also prevents the subsequent crimes. Prevention is easiest, and least dangerous, through removing convergence settings. When seeking an opportunity, participants seek a new collaborator or work with a previous one. Criminals congregate in locations where they can meet collaborators, but if these locations are identified by law enforcement, then criminals must find new, riskier, locations. Importantly, since general criminals participate in antiquities trafficking, collaborations with law enforcement can prevent other types of trafficking by removing a setting. Barring entry to archaeological sites is an obvious example (but clearly not possible or effective in many source countries), but identifying cafes or bars where smugglers congregate prevents progression through the network. For example,Medici took advantage of private warehouses in Switzerland’s free port, popular with smugglers, to meet with late stage intermediaries. Internet crime is likewise affected by removing convergence settings. Restricting illegal activity on websites complicates interaction and prevents crime.  It is also important to remember that though the Internet is global, participants are nevertheless in physical locations and criminal transactions on auctions sites have a level of transparency, recording criminals’ banking information and addresses. 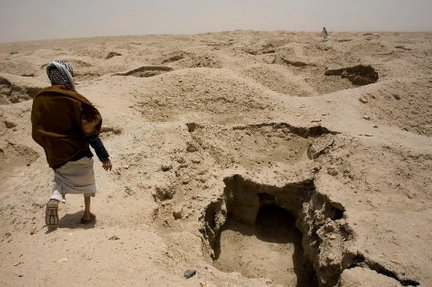 Arresting subsistence diggers has a minimal impact since participants are interchangeable and easily replaceable. It compounds what is at its root an economic problem; however, these countries can disrupt the trade through focusing on smuggling forms specific to their own legislation and borders. Organized crime clusters near arterial routes, evidenced by antiquities over broad regions following familiar routes to transit countries like United Arab Emirates and Switzerland. International pressure placed on transit countries can lead to customs reforms, limiting all types of trafficking. Note that the trade is never static and it changes with new legislation, as the economic situation improves or degrades, or to exploit new loopholes. For example, new routes are being formed to replace the traditional transit country of Switzerland, so even as scholars identify sequences of events the circumstances are changing. This is why tailoring response to local conditions and targeting convergence settings provides a nuanced and adaptable approach for each country. Importantly, the first two stages are unique to each source country, but two final stages are shared across the trade.

Crimes fall into certain rhythms based on local circumstances and response can be fitted to these rhythms. For example, tombaroli and huaqueros work only at night due to local legislation and cultural views in Italy and Peru. This means law enforcement can maximize its presence through preventative measure such as early morning spot checks on roads leading from major archaeological areas, especially toward major cities where connections to early stage middle men will likely occur.

Late stage intermediaries are tied to a physical location, their storefront, and as the most specialized they are the smallest population in the entire network.While individuals in the other stages may participate only once, late stage intermediaries are a constant population. This creates a bottleneck within the network that is vulnerable to disruption through monitoring. Black market interactions cannot occur at the store or during public hours, so law enforcement resources can be maximized during specific hours and targeting offsite locations.

By understanding their own geographical, economic, and cultural factors, countries can anticipate the types of crime and the rhythms that criminals follow. Both limiting convergence settings and tailoring local responses are best carried out through law enforcement collaborations aimed at limiting all forms of trafficking, as well as other forms of crime.

The most effective long-term option is targeting the social nature of trade. Criminologists note how difficult it is for crime to continue when society is mobilized against it, removing both participants and convergence settings. By challenging collectors’ desire for status symbols, a culture change would prevent the trafficking from the top down.While admittedly difficult, this is the only real option for large-scale prevention of the trade. Culture changes have found varying success in other areas, including “blood” diamonds, the anti-fur movement, anti-whaling, and the environmental movement. This movement has already begun with archaeologists arguing the similarities between endangered species and cultural heritage as well as drawing parallels between blood diamonds and illicit antiquities. A recent antiquities trade example of a mobilized society is the public protection of the Egyptian museum during the 2011 revolution.

What would be the result of a culture change? A smaller purchasing population would decrease the value of the bulk of antiquities and cause capital traveling through the network to correspondingly decline. If capital decreases below the risk-to-profit threshold, then general criminal groups will cease to transport antiquities and cut looters’ connections to dealers. This threshold is significant. The author was conducting archaeological research in Albania in 2011, when a local fisherman found a complete amphora in his nets. Based on previous sales, the fisherman believed he could get 100,000 leke (US$1000) from intermediaries selling to Italian collectors; however, the market has decline significantly due to the economy.With intermediaries apparently working elsewhere, there was no one to transport the artifact to collectors in Italy and in 2012 the fisherman reported that he had given up attempting to sell the amphora and discarded it. Influencing the market end of the network, as well as disrupting the middle, can affect the entire interaction chain back to the source country. There may never be an end to antiquities trafficking, but understanding its organizational structure can direct resources to combat the trade in an efficient manner through anticipating interactions at convergence settings and tailoring societal and legislative disincentives to regional contexts. 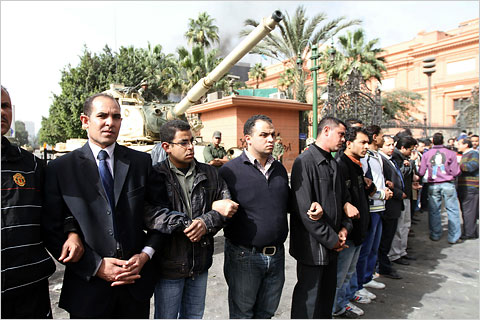 The apparent complexity observed within the illicit antiquities trade can be usefully explained through the network paradigm. Hierarchical organization does not appear to exist currently within the trade. Antiquities trafficking has an underlying four stage structure that developed as part of role specialization within the network organization. Each stage is guided by behaviors based on the geographical, economic, legislative, and cultural conditions that the participants operate within. Participants are loosely connected through informal interactions, often one time transactions though sometimes repeating. The average participant is not a career criminal, but a regular citizen attempting to exploit an opportunity to supplement their income, especially in the first stage. Though participants may have no knowledge of the other nodes, network trafficking constitutes organized crime.

Rather than focus on specific criminals or artifacts, researchers should continue to examine organizational structure. This approach explains how participants both interact and behave. The network paradigm offers a nuanced view of cultural trafficking, including lingering questions within the field about terrorism, insurgency, and Internet sales. Future research will provide more detailed information on actual transactions as criminals are identified and their online accounts are examined. Organize crime, in the traditional sense, can be explored by researchers focusing on the second stage. By viewing antiquities trafficking as a network, criminal interactions can be anticipated and law enforcement can conduct safe, preventative measures like removing convergence settings.